As the United States of America prepares for the eventuality that on 20th January 2017, John Roberts, the Chief Justice of the US Supreme Court, could swear in an orange-haired fascist with a tiny penis as the US’ next President, it is worth reminding ourselves that the aforesaid toupeed individual would take the reigns of power in a nation whose iconography bears testimonial to an older and perhaps abiding fascination with the kind of strength and valor that his ostensible political philosophy claims to embody. By the end of the Trump presidency, it is entirely possible that this body of work will be enhanced by similarly inspired works of art–commissioned, of course, by the White House.

Before examining the evidence for such a claim, as a reminder, here is Wikipedia’s ‘Etymology’ entry for ‘Fascism‘:

The Italian term fascismo is derived from fascio meaning a bundle of rods, ultimately from the Latin word fasces. This was the name given to political organizations in Italy known as fasci, groups similar to guilds or syndicates and at first applied mainly to organisations on the political Left. In 1919, Benito Mussolini founded the Fasci Italiani di Combattimento in Milan, which became the Partito Nazionale Fascista (National Fascist Party) two years later. The Fascists came to associate the term with the ancient Roman fasces or fascio littorio—a bundle of rods tied around an axe, an ancient Roman symbol of the authority of the civic magistrate carried by his lictors, which could be used for corporal and capital punishment at his command.

The symbolism of the fasces suggested strength through unity: a single rod is easily broken, while the bundle is difficult to break. Similar symbols were developed by different fascist movements; for example, the Falange symbol is five arrows joined together by a yoke. [citations removed].

Fasces like the ones described above are a prominent feature of ‘images of power in early America’. As Garry Wills, in writing on Jean-Antoine Houdon‘s famous statue of George Washington, notes in Cincinnatus: George Washington and The Enlightenment (Images of Power in Early America), Doubleday, New York, 1984, pp. 227-228) notes:

America was the first “fascist” country of the modern world–the first, that is, to make wide use of this symbol [the fasces] of a revived Roman republic. The French revolutionaries enthusiastically followed suit–the relationship of Washington to the fasces in Houdon’s statue partly resembles that of David’s design for Hercules standing by a fasces in the fourth stop of the Procession for the Festival of Brotherhood in 1793. 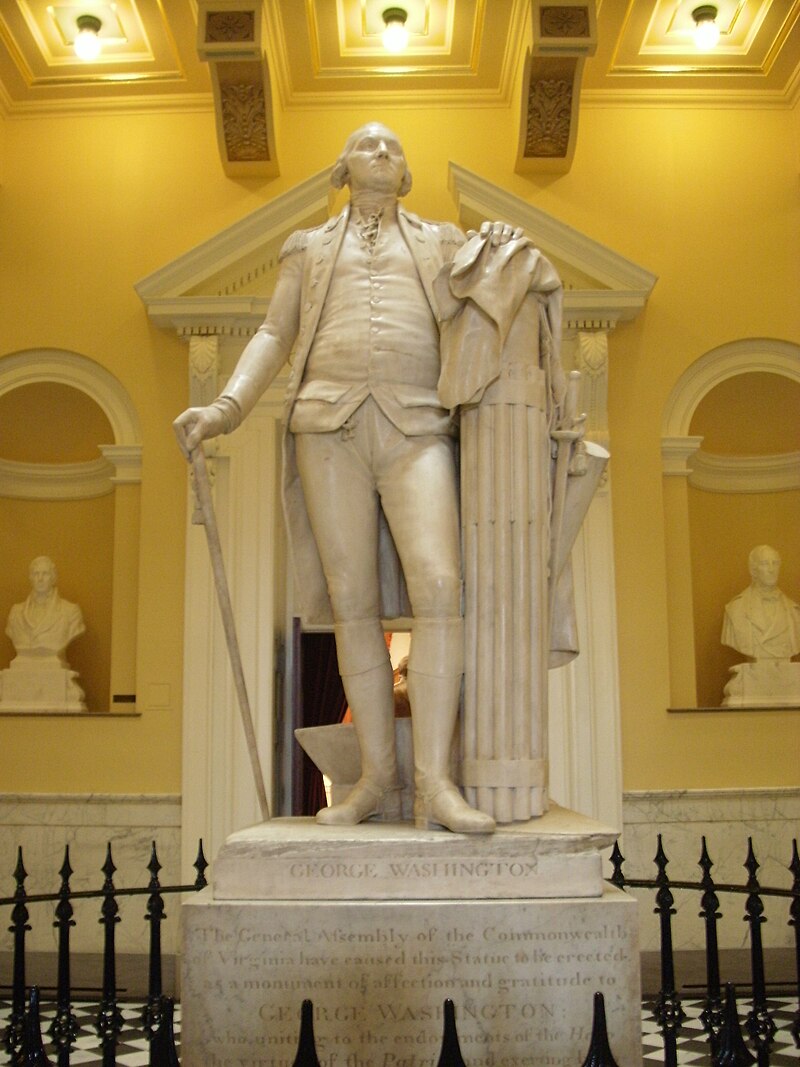 The fasces were everywhere in early American art; and they are still encountered all over Washington–on bridges, on Lincoln’s chair in his Monument 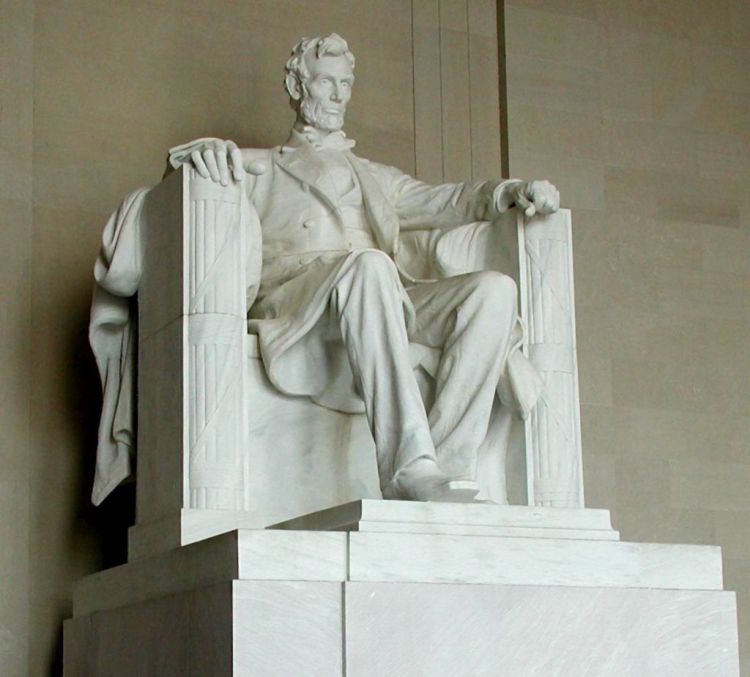 on the frames that hold Trumbull’s paintings in the Rotunda. Columbia holds the fasces in Fragonard‘s depiction of Franklin .

The table legs in Stuart’s Lansdowne portrait are tapering fasces. William Rush’s stern carving for the ship Revolution showed “the Genius of America binding the fasces with her right hand.” Perhaps the largest pre-Mussolini fasces were raised to the heroes of Fort McHenry by Maximilian Godefroy.

Post-Mussolini, the fasces became disreputable. Perhaps their day might yet return.